Forest Fires Meet Their Match With The Bulldog Fire Truck 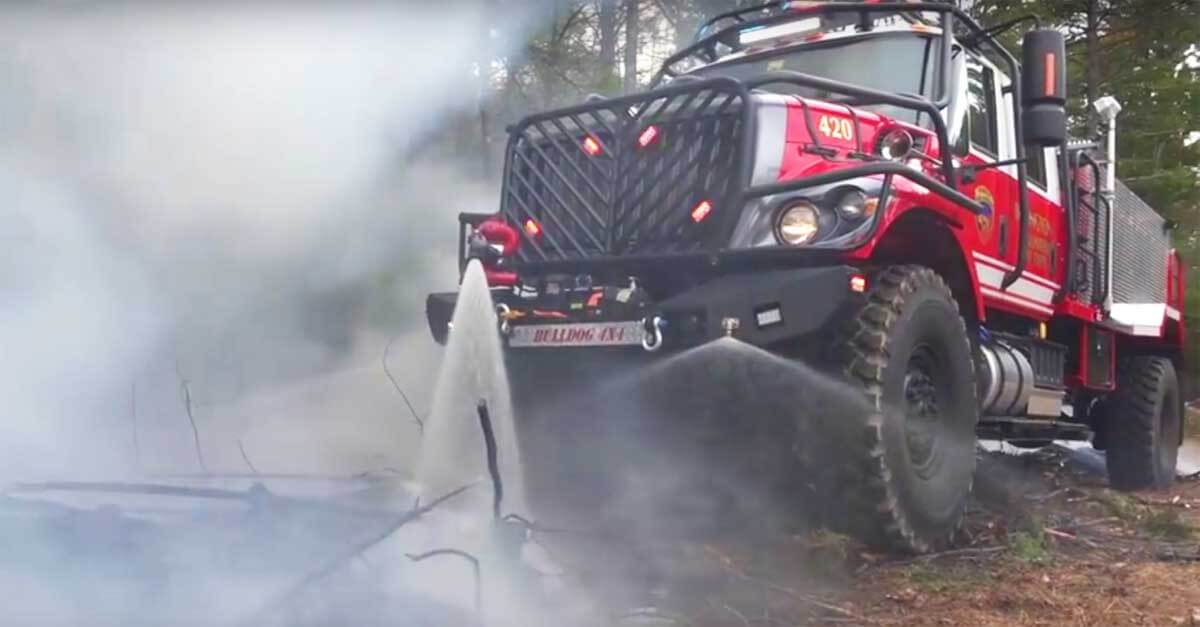 It’s something straight out of a special mission in Grand Theft Auto – a fire truck on an International MaxxForce chassis, fighting forest fires with a staggering array of water turrets. If it seems like something out a sci-fi movie, you’d be right! This Bulldog 4×4 Fire Truck was designed to crawl through deep, mountainous forest and utterly destroy a wildfire. But don’t take our word for it – the Bulldog Fire Truck can speak for itself!

If you’ve never heard of a Bulldog Fire Truck or the International chassis it’s built from, look no further than the military who’s used this same chassis to create armored transports immune to terrain and hazards. It’s no light thing – a Bulldog Fire Truck can weigh as much as 26,000 pounds and carry upwards of 2,000 gallons of water. This is a long range wildfire truck intended to fight the blaze and keep its crew safe. This is precisely what the doctor ordered.

Bulldog Fire Trucks – Cavalry To The Rescue For Uncontrolled Fires

The Bulldog 4×4 Fire Truck goes all out with an 80 gallon tank great for the long hauls and 54” military Hemmit tires which laugh at sharp rocks and debris. With a ground clearance of 25 inches, the Bulldog is more than up for crawling over piles of fallen brush that other trucks would have to go around. And with a winch capable of pulling up to 30,000 lbs, it just might be the Bulldog Fire Truck coming to the rescue.

From top to bottom, the Bulldog Fire Truck was designed to be the most hard working, effective fire truck for places where fire trucks simply can’t go. In most wildfires, you h

From top to bottom, the Bulldog Fire Truck was designed to be the most hard working, effective fire truck for places where fire trucks simply can’t go. In most wildfires, you have ground crews quickly being carted around to fight fires and set up a perimeter. There’s air crews dumping chemicals and water on the hottest parts of the blaze in an effort to control it. Now imagine if you had a fleet of these Bulldogs racing around the perimeter, making sure that fire stayed right where it was supposed to? That’s firefighting!

And it’s no slouch in terms of spraying water through its turrets. The Bulldog 4×4 Fire Truck has a 300-1000 gallon per minute pump capacity. With a nozzle pressure of up to 150 psi, the Bulldog’s water turret system can drown even the most scorching hot forest fire. Now that we’ve cleared the air about what these Bulldog Fire Trucks can do, let’s talk about the real thing that caught my interest – their International diesel motors.

The Navistar DT engines were first introduced in 1995 to work on heavy construction trucking and other applications. At present, there’s three major variants:

International’s MaxxForce engine brand is almost always associated with military and civil service applications, because it’s a mighty engine for no-nonsense work. Their smallest engine is the MaxxForce DT which is a 7.6 L with up to 300 hp. That may not sound like a lot until you consider it’s a diesel, so horsepower isn’t as much an instant priority as longevity or torque. And torque is where International’s MaxxForce series got it right. All versions of their engines come with a standard torque configuration perfect for off-road applications, and then there’s the high torque configurations meant specifically for hazardous terrain. When you’ve got a truck stuck in a ditch and you need it out, you don’t have time to play around with torque settings. MaxxForce DT definitely comes through in that capacity.

The MaxxForce 9 is slightly bigger on account of the lengthened pistols – giving it an additional 30 hp over its little brother, the MaxxForce DT. It’s a 9.3 L diesel engine – that’s 9.3 L of displacement which is staggering in comparison to what you see in common civilian markets. Heck, even a 6.7 L Cummins is pretty much toe-to-toe with one of these in terms of power and definitely behind when it comes to torque capacity.

And last but not least is the juggernaut – the MaxxForce 10. International made this engine specifically with turbo-charged diesel in mind. It has the same displacement but every part of this engine has been reinforced to deal with unreal conditions that are found in situations like having to drive out through the mountains to put out a fire. When you need an engine that will have enough power to go where no roads exist, the MaxxForce 10 is the clear answer.

All of these are pretty much outside the realm of most people’s truck budget, but it is interesting to think what an International MaxxForce 10 would look like in, say, a Dodge Ram 3500 or a Silverado. Has anyone heard of anyone doing this? If so, tell us in the comments section below, because we certainly want to see it! 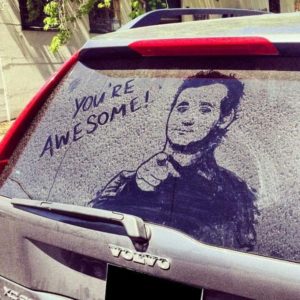